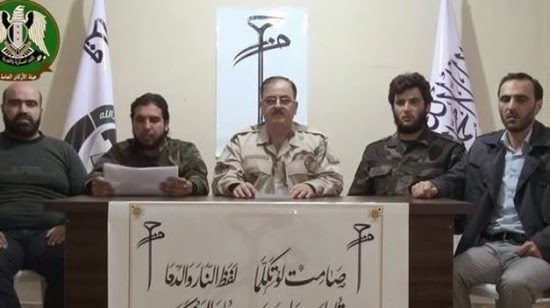 It's really hard to find any good guy in the Middle East, with the exception of Israel.


… One of the administration’s favored moderate rebel factions, Harakat Hazm, part of the Free Syrian Army alliance and a recipient of U.S. missiles and training, issued a statement Tuesday denouncing the “external intervention” — that is, the U.S.-led bombing campaign in Syria — as “an attack on the revolution.”
The group said its main goal was toppling Assad. It is demanding “unconditional arming” of the Free Syrian Army, yet its members also acknowledge fighting alongside Al Nusra Front, the official Al Qaeda force in Syria.
Still, the country’s motley bands of fighters labeled as moderates may well be the White House’s best hope for now. It has few other options.

That's because they are aligned with ISIS. http://shoebat.com/2014/09/15/isis-formally-aligns-moderate-rebels/