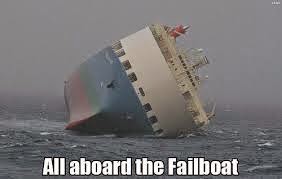 Obama is putting together the fail coalition.


Well, Well, Well, what do we have here?
According to a new report by Agence-France Presse (AFP) “Syrian rebels and jihadists from the Islamic State have agreed a non-aggression pact for the first time in a suburb of the capital Damascus, a monitoring group said on Friday.”
What will the Obama administration do now? Originally President Obama said in a televised speech that he will support “military assistance to the Syrian opposition.”  Here is what he said:


Across the border, in Syria, we have ramped up our military assistance to the Syrian opposition. Tonight, I again call on Congress to give us additional authorities and resources to train and equip these fighters. In the fight against ISIL, we cannot rely on an Assad regime that terrorizes its people; a regime that will never regain the legitimacy it has lost. Instead, we must strengthen the opposition as the best counterweight to extremists like ISIL, while pursuing the political solution necessary to solve Syria’s crisis once and for all.