Canada is revoking passports of Canadians who go to fight for ISIS or other extremist group... 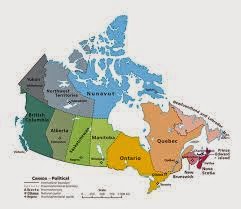 If only Obama and democrats were this sane...


The government has begun invalidating the passports of Canadians who have left to join extremist groups in Syria and Iraq, Citizenship and Immigration Minister Chris Alexander revealed in an interview on Friday.
The minister told the National Post his department had also revoked the passports of several Canadians who had not yet left the country but who had intended to travel to the volatile region to enlist as foreign fighters.
He would not disclose the number of passports Citizenship and Immigration Canada had revoked over the conflict but said there were “multiple cases.” The government says about 30 Canadians are with extremist groups in Syria and 130 are active elsewhere.
“Yes, I think it’s safe to say that there are cases of revocation of passports involving people who’ve gone to Syria and Iraq already,” Mr. Alexander said. “I just don’t want to get into the numbers, but multiple cases.”[...]