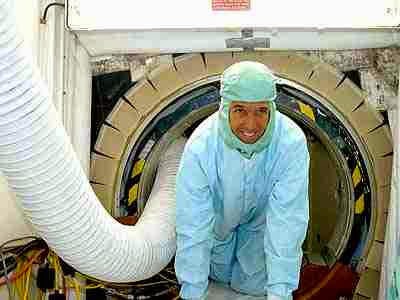 It is obvious Kerry doesn't really understand the greenhouse gas effect. He was classically trained as a lawyer, not a scientist. John should definitely try to keep his day job.


In fact, this is not really a complicated equation. I know sometimes I can remember from when I was in high school and college, some aspects of science or physics can be tough – chemistry. But this is not tough. This is simple. Kids at the earliest age can understand this.
Try and picture a very thin layer of gases – a quarter-inch, half an inch, somewhere in that vicinity – that’s how thick it is. It’s in our atmosphere. It’s way up there at the edge of the atmosphere. And for millions of years – literally millions of years – we know that layer has acted like a thermal blanket for the planet – trapping the sun’s heat and warming the surface of the Earth to the ideal, life-sustaining temperature. Average temperature of the Earth has been about 57 degrees Fahrenheit, which keeps life going. Life itself on Earth exists because of the so-called greenhouse effect. But in modern times, as human beings have emitted gases into the air that come from all the things we do, that blanket has grown thicker and it traps more and more heat beneath it, raising the temperature of the planet. It’s called the greenhouse effect because it works exactly like a greenhouse in which you grow a lot of the fruit that you eat here.
This is what’s causing climate change. It’s a huge irony that the very same layer of gases that has made life possible on Earth from the beginning now makes possible the greatest threat that the planet has ever seen.