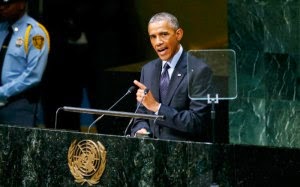 Islam is a religion that was spread by war and conquest. A large number of it's followers haven't forgotten that.


…I have made it clear that America will not base our entire foreign policy on reacting to terrorism. Rather, we have waged a focused campaign against al Qaeda and its associated forces – taking out their leaders, and denying them the safe-havens they rely upon. At the same time, we have reaffirmed that the United States is not and never will be at war with Islam. Islam teaches peace. Muslims the world over aspire to live with dignity and a sense of justice. And when it comes to America and Islam, there is no us and them – there is only us, because millions of Muslim Americans are part of the fabric of our country.