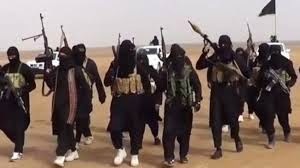 Pinprick bombing won't work. The bombing we are currently doing seems to be aimed at killing the fewest ISIS terrorists possible. Why else would we attack mostly empty buildings in the middle of the night?


(Reuters) – U.S. and coalition planes pounded Islamic State positions in Syria again on Wednesday, but the strikes did not halt the fighters’ advance in a Kurdish area where fleeing refugees told of villages burnt and captives beheaded.
U.S. President Barack Obama, speaking at the United Nations, asked the world to join together to fight the militants and vowed to keep up military pressure against them. [...]
Syrian Kurds said Islamic State had responded to U.S. attacks by intensifying its assault near the Turkish border in northern Syria, where 140,000 civilians have fled in recent days in the fastest exodus of the three-year civil war.