Hillary Clinton refusing to support marijuana; even for medical use... 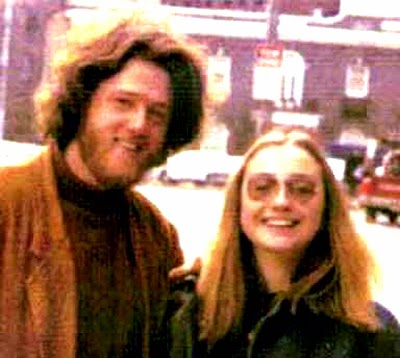 You have to know this couple was getting stoned

Well, what if users promised not to inhale? Would that change her opinion?

Via The Motley Fool:


Just three weeks ago Hillary Clinton declared her candidacy for the 2016 presidential election. Her declaration was something of a formality, but it meant the spotlight would officially be turned on Clinton's stances on a number of pressing issues -- including marijuana.
Although Clinton has largely ducked questions about marijuana in the weeks since declaring her bid to become the next president, she did state her opinions in a CNN town hall meeting in June 2014. When asked about the idea of legalizing marijuana nationally, Mrs. Clinton had this to say:


"On recreational [use], you know, states are the laboratories of democracy. We have at least two states that are experimenting with that right now. I want to wait and see what the evidence is."


And when asked about medical marijuana, Hillary had this to say,

"I don't think we've done enough research yet. Although I think for people who are in extreme medical conditions and have anecdotal evidence that it works, there should be availability under appropriate circumstances. But I do think we need more research, because we don't know how it interacts with other drugs. There's a lot we don't know."