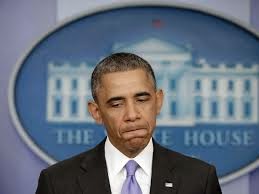 We were told they would go down. Of course, we were told we could keep our doctor and insurance too.


A survey of 2,098 emergency-room doctors conducted in March showed about three-quarters said visits had risen since January 2014. That was a significant uptick from a year earlier, when less than half of doctors surveyed reported an increase. The survey by the American College of Emergency Physicians is scheduled to be published Monday.
Medicaid recipients newly insured under the health law are struggling to get appointments or find doctors who will accept their coverage, and consequently wind up in the ER, ACEP said. Volume might also be increasing due to hospital and emergency-department closures—a long-standing trend.
“There was a grand theory the law would reduce ER visits,” said Dr. Howard Mell, a spokesman for ACEP. “Well, guess what, it hasn’t happened. Visits are going up despite the ACA, and in a lot of cases because of it.”

My wife reminded me today there is still an Obamacare tax on white people.
Posted by Bluegrass Pundit at 6:05:00 PM