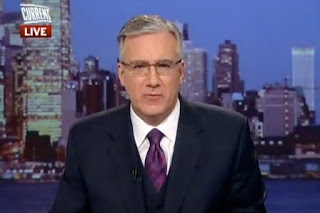 It couldn't happen to a more deserving douchebag.


Keith Olbermann, who began his much-publicized tenure at Al Gore’s Current TV this summer is apparently already on the outs with management there.

So much so, he is reportedly being left out of upcoming election coverage specials.

Brian Stelter at the New York Times writes that Olbermann will be notably absent from Current’s upcoming two hours specials on the Iowa caucus and New Hampshire primary.

Instead they will be hosted by Cenk Uygur and former Michigan governor Jennifer Granholm with appearances by Al Gore, who the NYT notes, usually stays behind the scenes at Current.