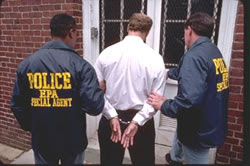 Sustainable development is about making the EPA more “anticipatory” in its approach to environmental issues. In other words, they will implement regulations on unproven models and predictions, not actual occurrences or events. This will be the "future crimes" version of environmentalism. It is time to disband the EPA and start over again.


(Fox News) — The U.S. Environmental Protection Agency wants to change how it analyzes problems and makes decisions, in a way that will give it vastly expanded power to regulate businesses, communities and ecosystems in the name of “sustainable development,” the centerpiece of a global United Nations conference slated for Rio de Janeiro next June.

The major focus of the EPA thinking is a weighty study the agency commissioned last year from the National Academies of Science. Published in August, the study, entitled “Sustainability and the U.S. EPA,” cost nearly $700,000 and involved a team of a dozen outside experts and about half as many National Academies staff.

Its aim: how to integrate sustainability “as one of the key drivers within the regulatory responsibilities of EPA.” The panel who wrote the study declares part of its job to be “providing guidance to EPA on how it might implement its existing statutory authority to contribute more fully to a more sustainable-development trajectory for the United States.”

Or, in other words, how to use existing laws to new ends.