Obama administration gave $21.8 million stimulus grant to build a biofuel refinery. Then, had the Navy pay $15 a gallon for biofuel 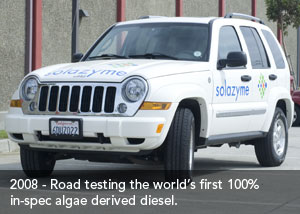 The $15 a gallon price is 4 times the world market price of conventional jet fuel. The U.S. has plenty of oil and natural gas if the Obama administration would only permit expanded exploration and development.


The announcement is part of President Obama’s goal of advancing a domestic biofuels industry capable of powering vehicles that now use diesel and jet fuel. It’s also part of the administration’s ongoing effort to try to advance parts of its energy agenda that don’t require congressional approval. Another case in point was Obama’s announcement on Friday of new energy-efficient building initiatives. “We can’t wait for Congress to act,” Obama said on Friday. “If they won’t act, I will.” The same concept holds true for Monday’s announcement.

The purchase of 450,000 gallons represents a drop in the bucket of the Navy’s annual usage of more than 670 million gallons of fuel. It will also cost the military more up front. Mabus said the Navy will pay about $15 a gallon for the biofuel-gasoline blend it will use in a demonstration project it will conduct next summer near Hawaii. He said he hopes the Navy will be able to power a normal mission by 2016 with a 50 percent blend of gasoline and biofuels.

The name of the lucky company selling the overpriced biofuel is Solazyme. They got $21 million in Stimulus money.
Posted by Bluegrass Pundit at 9:19:00 PM

surprise!!! one of bho's cronies got our tax $$$$ and an exclusive on bio-furls to military---who would have thought ---SARC
Carol-CS