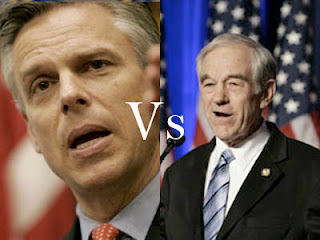 Perhaps Jon Huntsman has a wry sense of humor or something.


A day after new polling that shows Republican presidential candidate Ron Paul with a clear lead over Jon Huntsman in the critical primary state of New Hampshire, the Huntsman campaign has released an aggressive new web ad attacking Paul for publishing racist and homophobic essays.

I would comfortably say, that regardless of Huntsmann's lack of chance of ever getting through a GOP primary series, he would easily be more electable in a general election over Ron Paul. (and I like Ron Paul)