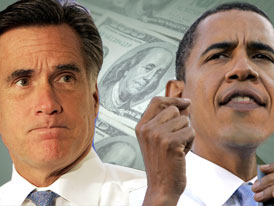 I am not a Romney supporter, but I really like this poll result.


Mitt Romney has now jumped to his biggest lead ever over President Obama in a hypothetical Election 2012 matchup. It’s also the biggest lead a named Republican candidate has held over the incumbent in Rasmussen Reports surveying to date.

The latest national telephone survey finds that 45% of Likely U.S. Voters favor the former Massachusetts governor, while 39% prefer the president. Ten percent (10%) like some other candidate in the race, and six percent (6%) are undecided. (To see survey question wording, click here.)