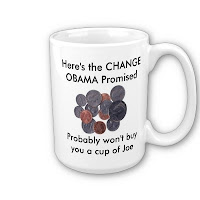 President Obama invited all the liberal stars of the mainstream media over to the White House for coffee. Undoubtedly, he wanted to than them for their hard work on his re-election campaign.


(ABC News) — An all-star list of progressive and liberal media folks came to the White House today to chat with President Obama over coffee in the Roosevelt Room.

The group chatted with the president about economic messaging, his agenda for 2012, the various campaign arguments against different GOP candidates, the desire among some Democrats for him to highlight his foreign policy accomplishments, fighting corporate influence and the “crappiness” of the Senate filibuster, as one attendee put it.