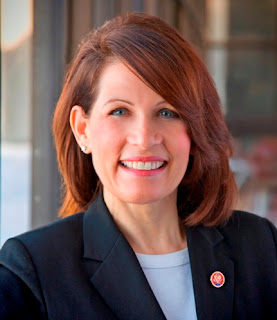 Personally, I thing Michelle Bachmann is a good conservative, but her campaign is effectively over. It is unlikely she will receive a top three finish in Iowa and that is her home state.


The fact is, there is a clear top tier in the race for the Republican nomination for President, both here in Iowa and nationally. Ron Paul is easily the most conservative of this group...

He’s also consistently spoken out against government spending, assaults on individual liberties, and unnecessary trillion-dollar military adventurism for over 30 years. Polls show he is the Republican candidate that can take on and defeat President Obama in November 2012.

With the entire Republican establishment intent on smearing Ron Paul and his dedicated supporters, I understand this decision could impact the way people see me and my entire political career. But this is the right decision, and one in which I proudly stand behind.

Personally, I think Kent Sorenson made a mistake. Even though it doesn't look like Bachmann has a chance in Iowa, you dance with the one you come with.
Posted by Bluegrass Pundit at 9:53:00 AM