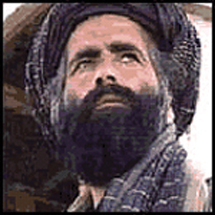 President Obama will probably present Mullah Omar with a medal before it is over.


(Express Tribune) — The Unites States Federal Bureau of Investigation (FBI) has removed the name of Afghan Taliban supreme commander Mullah Muhammad Omar from its list of “most wanted terrorists”.

Earlier, reports about the US establishing contacts with Omar had surfaced. The reports said that the US wanted to bring the Taliban to negotiation table in order to end the conflict in Afghanistan.

So far, several claims have been made by the US about negotiations with the Taliban, but Islamabad and Kabul have never been taken into confidence over the much speculated-about talks.

According to reports, the US had offered Taliban control over the south of Afghanistan, while leaving the north for the other political forces under American influence. However, this was rejected by the Taliban.

After 10 months of secret dialogue with Afghanistan’s Taliban insurgents, senior US officials said the talks have reached a “critical juncture” and they will soon know whether a breakthrough is possible, leading to peace talks whose ultimate goal is to end the Afghan war.

According to this government website, we are still offering a $10 million reward.
Posted by Bluegrass Pundit at 2:51:00 PM