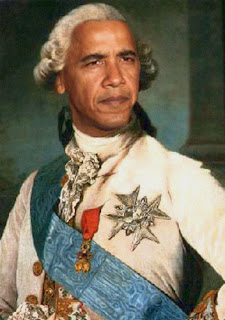 
President Obama said Friday he will not be bound by at least 20 policy riders in the 2012 omnibus funding the government, including provisions pertaining to Guantanamo Bay and gun control.

After he signed the omnibus into law Friday, the White House released a concurrent signing statement saying Obama will object to portions of the legislation on constitutional grounds.

Signing statements are highly controversial, and their legality is disputed.

"I have advised the Congress that I will not construe these provisions as preventing me from fulfilling my constitutional responsibility to recommend to the Congress's consideration such measures as I shall judge necessary and expedient," Obama said in a statement as he signed the bill into law.

It's been some 235 years since so many were so heinously abused and mistreated by so few. Our forefathers fought a war to get themselves and we, the future generations, out from under the thumbs of the few. Our forefathers were farsighted souls though and new that man is a fickle and occasionally FRIGHTENINGLY stupid being and might through greed, stupidity, laziness and larcenous idiocy put us back under a similar thumbs. They gave us the tools to fight the war again if we had to. It starts with the Declaration of Independence and continues on through the Constitution and the Bill of Rights. Seems likes its nigh time to fight that battle yet again. Some of us have been warning this kind of outright dictatorial, unconstitutional crap was coming. Alas so few listened, that you can truthfully say that the message and warning fell upon deaf ears. Now we're all gonna reap the crops of that willful ignorance.

There's still time and hope. Never surrender. Please take the time to consider a legitimate alternative, but I'll need the help of everyone you know. (TJOHARA.com)

@TJ O'Hara-who said anything about surrendering? Not I. And fighting a civil war IS a legitimate way to oust our current batch of idiots. That's WHY our forefathers wrote in the Declaration of Independence "We hold these truths to be self-evident: That all men are created equal; that they are endowed by their Creator with certain unalienable rights; that among these are life, liberty, and the pursuit of happiness; that, to secure these rights, governments are instituted among men, deriving their just powers from the consent of the governed; that whenever any form of government becomes destructive of these ends, it is the right of the people to alter or to abolish it, and to institute new government, laying its foundation on such principles, and organizing its powers in such form, as to them shall seem most likely to effect their safety and happiness."