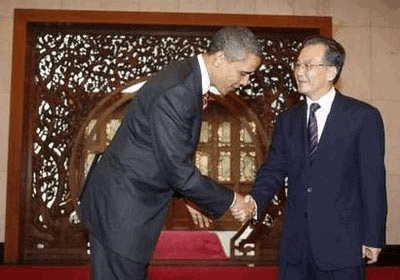 The last nuclear scientist exchange we did with the Chinese ended in an espionage disaster. For some unknown reason, the Obama administration wants to give it another try.

The idea is aimed at promoting openness and transparency by China’s military about its secret, large-scale buildup of nuclear weapons, according to U.S. officials.

Critics say the plan is similar to an exchange program in the 1990s that sent U.S. nuclear scientists to China and produced one of the worst cases of nuclear espionage. Secrets about every deployed warhead in the U.S. arsenal were compromised, including the W-88 small nuclear warhead deployed on submarine-launched missiles.

“We’ve seen this movie before, and it has a bad ending,” one official said. Keep on reading...