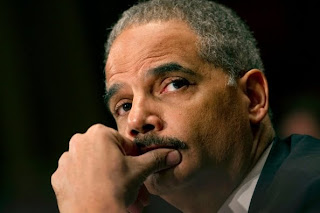 Attorney General Eric Holder's polling numbers are 19% favorable, 43% unfavorable and about a third with no opinion.


(Rasmussen)- Amidst a House resolution calling for his resignation following a botched operation to investigate Mexican drug cartels, Attorney General Eric Holder’s unfavorable marks are at the highest level measured. But more than a third of voters still have no opinion of him.

The latest Rasmussen Reports national telephone survey of Likely U.S. Voters shows that only 19% share at least a somewhat favorable opinion of Holder while 43% view him unfavorably.