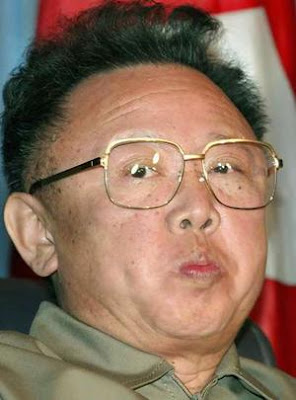 Let's hope the next ruler is sane.

In a “special broadcast” Monday from the North Korean capital, state media said Kim died of a heart ailment on a train due to a “great mental and physical strain” on Dec. 17 during a “high intensity field inspection.” It said an autopsy was done on Dec. 18 and “fully confirmed” the diagnosis.

Kim is believed to have suffered a stroke in 2008, but he had appeared relatively vigorous in photos and video from recent trips to China and Russia and in numerous trips around the country carefully documented by state media. The communist country’s “Dear Leader” – reputed to have had a taste for cigars, cognac and gourmet cuisine – was believed to have had diabetes and heart disease.