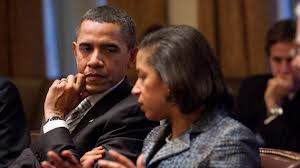 And I was so looking forward to her Senate confirmation hearings...


U.S. Ambassador to the United Nations Susan Rice has removed her name from consideration for secretary of state, saying she does not want to put the administration through a "lengthy, disruptive and costly" confirmation process.

The move followed weeks of controversy on Capitol Hill over the possibility of her nomination, with Republicans threatening to block Rice from the post over concerns about her September comments on the Libya terror attack. Some lawmakers continue to charge that Rice misled the American people when she said on Sept. 16 that the attack was the result of a "spontaneous" demonstration spun out of control.

President Obama, in a written statement Thursday, called those claims "unfair and misleading" but said he accepts her decision.