Desperation: Demos try to use Ferguson to rally blacks in 2014 midterms... 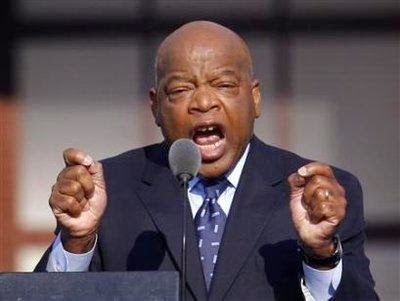 
With their Senate majority imperiled, Democrats are trying to mobilize African-Americans outraged by the shooting in Ferguson, Mo., to help them retain control of at least one chamber of Congress for President Obama’s final two years in office.
In black churches and on black talk radio, African-American civic leaders have begun invoking the death of Michael Brown in Ferguson, along with conservative calls to impeach Mr. Obama, as they urge black voters to channel their anger by voting Democratic in the midterm elections, in which minority turnout is typically lower.
“Ferguson has made it crystal clear to the African-American community and others that we’ve got to go to the polls,” said Representative John Lewis, Democrat of Georgia and a civil-rights leader. “You participate and vote, and you can have some control over what happens to your child and your country.”
The push is an attempt to counter Republicans’ many advantages in this year’s races, including polls that show Republican voters are much more engaged in the elections at this point — an important predictor of turnout.