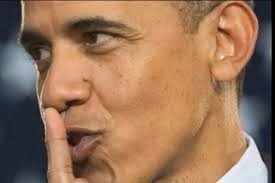 Republicans need to hammer home that this is a political delay and voters need to vote in representatives who will work to stop Obama's overreach.


WASHINGTON (AP) -- Abandoning his pledge to act by the end of summer, President Barack Obama has decided to delay any executive action on immigration until after the November congressional elections, White House officials said.
The move instantly infuriated immigration advocates while offering relief to some vulnerable Democrats in tough Senate re-election contests.
Two White House officials said Obama concluded that circumventing Congress through executive actions on immigration during the campaign would politicize the issue and hurt future efforts to pass a broad overhaul.
The officials, who spoke on the condition of anonymity to discuss the president's decision before it was announced, said Obama made his decision Friday as he returned to Washington from a NATO summit in Wales.
They said Obama called a few allies from Air Force One to inform them of his decision, and that the president made more calls from the White House on Saturday.
The officials said Obama had no specific timeline to act, but that he still would take his executive actions.