Poll: 47% of Marylanders say they would move out of the state 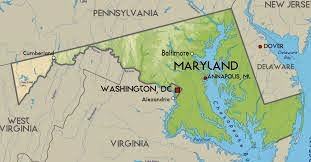 I can't blame them. Years of control by Democrats and 40 tax increases in eight years, including taxing the rain, have destroyed a once great state.


In a poll of all 50 states, Maryland ranks third for people who say they would rather move somewhere else.
We’ve got the beach, the mountains, the O’s and Natty Boh, but some say they’re ready to break up with Maryland.
According to a new Gallup poll, 47 percent of Marylanders say they would move out of the state if they could. Only 17 percent are likely to leave.
The top reasons people want out–work or business.
“I think there’s better opportunity elsewhere,” one man said.
Other reasons are family and friends, plus the weather, which is not surprising after last winter.
“I just wish summer would be here,” a man shoveling snow said.
And, of course, there are taxes.
“Everybody’s paying more fees, more taxes, and I think, at some point, people get tired of it,” said Rep. Andy Harris, (R) Maryland.