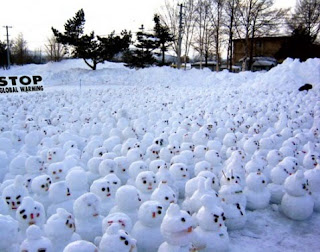 Many world leaders will gather in Copenhagen to 'save the planet' from carbon emissions. They will fly in on their private planes, jump into their limos and scurry to a banquet to munch down some caviar. This sounds like a sarcastic form of satire, but is the actual truth. Meanwhile, the Climategate scandal continues and world leaders and the state run media continue to pretend to ignore the obvious. The Earth has stopped warming in spite of rising CO2 levels. Liberal world leaders don't think reality is a good enough reason to abandon their plan to raise the worlds taxes by trillions of dollars in the name of environmentalism.

Ms Jorgensen reckons that between her and her rivals the total number of limos in Copenhagen next week has already broken the 1,200 barrier. The French alone rang up on Thursday and ordered another 42. "We haven't got enough limos in the country to fulfil the demand," she says. "We're having to drive them in hundreds of miles from Germany and Sweden."

Ya know, they could decrease the carbon footprint by merely declaring a moratorium on these global boondoggles. I'm sure the irony is lost on the participants...