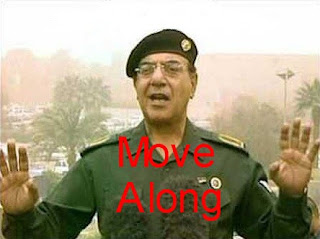 The Climategate scandal continues to fester like an infected wound covered with a wet bandage. The mainstream media and global warmists are in denial of the spreading Climategate scandal and trying to move on as if nothing has happened. Left wing pundits deny there is a smoking gun; in spite of smoking gun evidence. Global warming scientists are attacking each other while the UN IPCC chief tells us there is "virtually no possibility" they are wrong. Meanwhile, The scientists at the University of East Anglia (UEA) have admitted they dumped their data and think we should just 'trust them.' White House climate czar Carol Browner has drank the Kool-aid. She rejects the Climategate claims of doctored data revealed in these leaked emails. Undoubtedly, her B.A. degree from the University of Florida in English and University of Florida College of Law degree make her a an expert on the worst scientific scandal of modern times. The cover up circus wouldn't be complete without Robert Gibbs doing his 'Comical Ali' (pictured above) impression.

A propos of Robert Gibbs' interview.. this reminds me to what Robert Tracinski pointed out in a very thoughtful post at Real Clear Politics: it is to be noted
the circular logic employed here. Skepticism about global warming is wrong because it is not supported by scientific articles in “legitimate peer-reviewed journals.” But, as we learned from the Climategate scandal, if a journal actually publishes such an article, then it is by definition not “legitimate.”

It's Snowden's secret spilling out all over the Climategate community.