Global Warming Scientists Are In A Global Meltdown 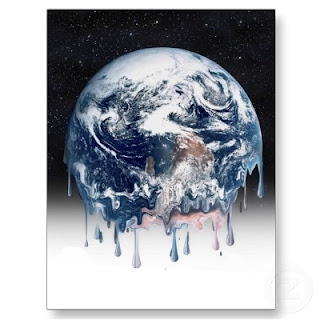 Over at RealClimate, they are in damage control mode over the leaked emails from the University of East Anglia's Hadley Climatic Research Centre. These emails are exchanges between many of the 'big guns' of the AGW scientific community. Some of the emails relate to the launching of the RealClimate site.

Instead, there is a peek into how scientists actually interact and the conflicts show that the community is a far cry from the monolith that is sometimes imagined. People working constructively to improve joint publications; scientists who are friendly and agree on many of the big picture issues, disagreeing at times about details and engaging in ‘robust’ discussions; Scientists expressing frustration at the misrepresentation of their work in politicized arenas and complaining when media reports get it wrong; Scientists resenting the time they have to take out of their research to deal with over-hyped nonsense. None of this should be shocking.

There is a good analysis of the leaked emails by the attorneys over at Power Line.
Posted by Bluegrass Pundit at 8:35:00 AM

I can't help wondering how many global warming scientists have spent this weekend reading their old emails and hitting the delete button.

Just hitting the delete button...doesn't really and truly delete the email. But if these jokers feel better by doing so...then full speed ahead.

Everything you delete...can be brought back. Unless you literally destroy the hard drive....that's about the only way to prevent some or all of the information being retrieved.

This is Waterloo for the Environmental Wacko Theory of Manmade Global Warming.

No, I don't expect the Lamestream Media, or their lackeys in the Government to ever acknowledge their decisive defeat, but quietly in the coming years they will simply drop the subject.