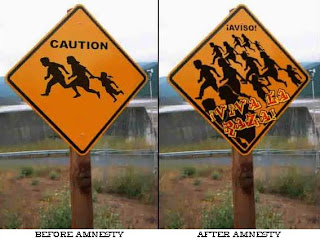 With 10.2% unemployment that may actually be approaching 20% real unemployment, why would anyone in their right mind want to legalize 14 million people who came here by breaking our laws. Homeland Security Secretary Janet Napolitano said this is what Team Obama will push for as their version of "immigration reform."

(CNSNews.com) –Homeland Security Secretary Janet Napolitano said Friday that the Obama administration will push for “immigration reform” by giving the estimated 14 million people who are in the United States illegally “fair pathway to earned legal status.”