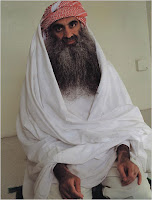 There is a big difference of opinion between conservatives and liberals about how to deal with terrorism. Conservatives think Islamic terrorism is a systemic problem bred by a large branch of Islam that takes an extremely literal view of the Koran. Conservatives believe terrorism can only be prevented by a large scale war on terror that addresses the problem globally. Team Obama and liberals believe terrorist acts are isolated events committed by lunatics that should be treated as criminals. They don't believe that terrorist acts committed by Muslims have any strong connection to their religion. They think terrorists are just deranged individuals that happen to be of the Islamic faith. This is why you never hear the words "war on terror" spoken by anyone in the Obama administration. This explains their opposition to enhanced interrogation techniques. They want terrorists treated as common criminals with all the rights accorded by our judicial system. Not surprisingly, they want to try Khalid Shaikh Mohammed and four other men in a civilian New York court for the crime of plotting the 9-11 attack on the US.

WASHINGTON — Khalid Shaikh Mohammed, the self-described mastermind of the terrorist attacks of Sept. 11, 2001, and four other men accused in the plot will be prosecuted in federal court in New York City, the United States attorney general announced Friday.

The political correctness of liberals and the Obama administration will not allow them to accept the fact that Al-Qaeda and other Islamic terrorists are not a criminal organization. They are a religious group with tens of thousands of followers supported morally and financially by millions of like-minded fellow Moslems. Nothing of this scale can be solved by any criminal justice system. Trying these terrorists in a civilian court may grantee they get all the rights our judicial system accords, but who will grantee the rights of the victims of these attacks? It is not impossible to imagine our liberal court system could actually set these monsters free on some technicality. After all, OJ Simpson walked.
Posted by Bluegrass Pundit at 5:37:00 PM