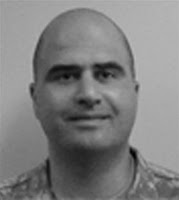 The idea of a psychiatrist, willing to mass murder 13 innocent soldiers and employees at Fort Hood, reporting his patients for alleged war crimes is ridiculous. Major Nidal Malik Hasan is a hypocrite who violated his patients confidentiality. Since the military dismissed the allegations, the charges were undoubtedly false.

HOW TO PREVENT FUTURE NIDAL HASANS

We have read with concern the many signs Major Hasan provided which would indicate an unstable and potentially dangerous frame of mind. Our concern is that those who actually saw and heard the signs and those to whom the signs were reported did not act upon them. From Hasan’s contact with a radical imam, to the initials SoA (Son of Allah) on his business card, to his comment that he was a Muslim first and a soldier second – there is no doubt the signs that he was potentially dangerous were there for all to see.

Furthermore, he was under surveillance by two Terrorist Task Forces, one with Department of Defense oversight and the other with FBI oversight. So why wasn’t he stopped?

The answer is quite simple – The military does not have an objective and culturally neutral system that collects information and evaluates it to determine the degree (or level) of aggression an individual is displaying, nor has it people who have a clear responsibility to observe and report this information within an objective system nor a team who is responsible to evaluate it and respond. The military does not have the AMIS solution and it desperately needs it! Major Hasan has illustrated out vulnerable we are, learn more about the problem and the solution by reading our Blog: http://Blog.AggressionManagement.com

SOA stands for soldier of Allah not son of. It was and is a serious problem that people have become so concerned about political correctness that they are willing to risk the lives and safety of others. It is unconscionable. There have been more than enough lessons regarding this danger. Let all take note and ensure that action is taken when we see this kind of behaviour in our own area of influence.