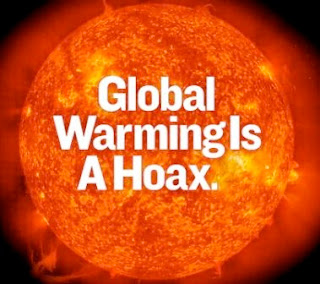 The Climatic Research Unit of the University of East Anglia in eastern England is a big player in the AGW scientific community. Their mathematical models were incorporated into the United Nations Intergovernmental Panel on Climate Change's 2007 report. Leaked emails prove their programmer "Harry" determined much of their database was garbage.

I am seriously worried that our flagship gridded data product is produced by Delaunay triangulation - apparently linear as well. As far as I can see, this renders the station counts totally meaningless. It also means that we cannot say exactly how the gridded data is arrived at from a statistical perspective - since we're using an off-the-shelf product that isn't documented sufficiently to say that. Why this wasn't coded up in Fortran I don't know - time pressures perhaps? Was too much effort expended on homogenisation, that there wasn't enough time to write a gridding procedure? Of course, it's too late for me to fix it too. Meh.

I am very sorry to report that the rest of the databases seem to be in nearly as poor a state as Australia was. There are hundreds if not thousands of pairs of dummy stations, one with no WMO and one with, usually overlapping and with the same station name and very similar coordinates. I know it could be old and new stations, but why such large overlaps if that's the case? Aarrggghhh! There truly is no end in sight... So, we can have a proper result, but only by including a load of garbage...

The computer program used for modeling at the Climatic Research Unit of the University of East Anglia was also leaked. Several programmers have looked at it and they are shocked.

As the leaked messages, and especially the HARRY_READ_ME.txt file, found their way around technical circles, two things happened: first, programmers unaffiliated with East Anglia started taking a close look at the quality of the CRU's code, and second, they began to feel sympathetic for anyone who had to spend three years (including working weekends) trying to make sense of code that appeared to be undocumented and buggy, while representing the core of CRU's climate model.

One programmer highlighted the error of relying on computer code that, if it generates an error message, continues as if nothing untoward ever occurred. Another debugged the code by pointing out why the output of a calculation that should always generate a positive number was incorrectly generating a negative one. A third concluded: "I feel for this guy. He's obviously spent years trying to get data from undocumented and completely messy sources."...

No wonder they were deleting emails and conspiring to thwart FOIA requests.
Posted by Bluegrass Pundit at 7:43:00 PM