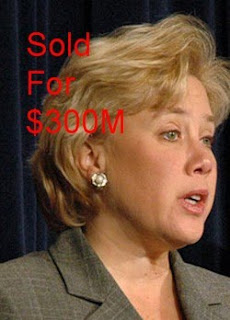 Chicago style politics are coming to Louisiana. Senate Majority Leader Harry Reid inserted a $300 million buy-off into his version of Obamacare in order to secure Democratic Senator Mary Landrieu's (D-La) vote Saturday night. She will return the favor by holding a fundraiser for Reid in New Orleans next month.

Sen. Mary Landrieu, D-La., will host a fundraiser for Senate Majority Leader Harry Reid, D-Nev., in New Orleans next month, an event that comes on the heels of Reid's assistance getting Louisiana a windfall of Medicaid money in the health care reform bill.