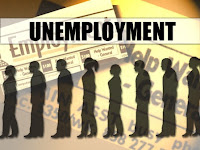 This is very bad political news for President Obama and the Democratic Party. They will fully own those numbers.

The unemployment rate will remain elevated for years to come, according to a forecast released Tuesday by the Federal Reserve that addresses for the first time economic conditions at the time of the next presidential election.

It paints a grim picture. Top Fed officials expect the unemployment rate to remain in the 6.8 to 7.5 percent range at the end of 2012 and said it could take “about five or six years” from now for economic activity to return to normal. The jobless rate was 10.2 percent in October. …