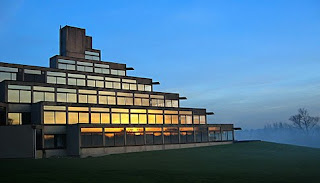 The University of East Anglia (above)

The FORTRAN code used for mathematical models by the Climatic Research Unit of the University of East Anglia in eastern England was leaked along with the emails. This is the code used to create the infamous hockey stick that started the whole global warming climate change fraud. Many pundits claim the attempts to silence dissenting views and violation of British FOIA laws are the most damning information in the leaked emails and files. Programmers are working their way through the messy code used by the CRU. They have found a smoking gun of fraud.

Eric S. Raymond is a software developer and advocate of the open source software movement. He wrote a seminal paper called The Cathedral and the Bazaar, which explained why open processes are more effective than top down ones. He has been studying the code used by the scientists at the Climate Research Unit at the University of East Anglia, whose work raised serious questions about the quality of the research being used to underpin the proposed $1 trillion Cap'n Trade bill stalled in Congress. Here's what Eric found in the computer code:

From the CRU code file osborn-tree6/briffa_sep98_d.pro , used to prepare a graph purported to be of Northern Hemisphere temperatures and reconstructions.

This, people, is blatant data-cooking, with no pretense otherwise. It flattens a period of warm temperatures in the 1940s -- see those negative coefficients? Then, later on, it applies a positive multiplier so you get a nice dramatic hockey stick at the end of the century.

All you apologists weakly protesting that this is research business as usual and there are plausible explanations for everything in the emails? Sackcloth and ashes time for you. This isn't just a smoking gun, it's a siege cannon with the barrel still hot.

The lame stream media will try to ignore this and hope the story goes away. They tried this strategy for the ACORN scandal, but it backfired in the end. The Climategate scandal is just beginning. The bold is mine.
Posted by Bluegrass Pundit at 7:27:00 PM

When I took a little research class, the instructor said: Be careful NOT to have an opinion, because, you will search for evidence to support that opinion. Remember, there are grants, big bucks , if you are in group "think". Look at history, those that stepped outside of the "group think" sometimes paid for it, with their life or imprisonmentor they were shunned into financial and social ruin. This is serious business. people. Thug tactics are still live and well, they never died after all of these hundreds of years. Nothing new to the scientific society, not at all!