When People Understand the Trade-offs, Support for Obamacare Tanks 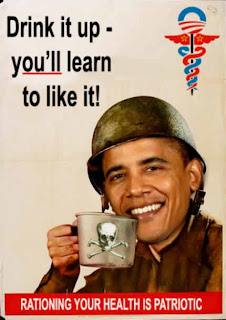 There is some surprising information hidden in a recent AP poll. Overall, the poll found 43 percent oppose the health care plans being discussed in Congress, while 41 percent are in support. However, when the consequences of these choices were put in the poll questions, the results dramatically changed.

When poll questions were framed broadly, the answers seemed to indicate ample support for Obama's goals. When required trade-offs were brought into the equation, opinions shifted — sometimes dramatically.

The responses flipped when people were asked about requiring everybody to carry insurance or face a federal penalty: 64 percent said they would be opposed, while 28 percent favored that.

This poll seems to indicate the public is poorly informed about the consequences of passing Obamacare. Once the trade-off are made clear, support for the Democrats health care reform bill collapses. Unfortunately, the state run media will continue to shill for Obamacare and do a poor job of educating the public.
Posted by Bluegrass Pundit at 6:33:00 AM