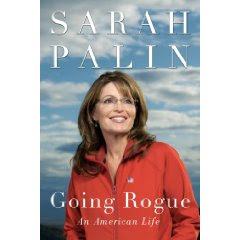 AP had eleven reporters fact check Sarah Palin's new book. They claim to have found six errors. Even if true, six errors would be a small amount for a biographical book with thousands of facts. However, some of AP alleged errors are highly questionable.

The Associated Press got an advance copy of Sarah Palin's book, Going Rogue, and assigned eleven reporters, apparently, to try to find errors in it. The eleven collaborated on an article titled "FACT CHECK: Palin's book goes rogue on some facts." In fact, though, the AP's catalogue of alleged errors--six in total--is thin at best.

The AP starts with this one:

PALIN: Says she made frugality a point when traveling on state business as Alaska governor, asking "only" for reasonably priced rooms and not "often" going for the "high-end, robe-and-slippers" hotels.

THE FACTS: Although she usually opted for less-pricey hotels while governor, Palin and daughter Bristol stayed five days and four nights at the $707.29-per-night Essex House luxury hotel (robes and slippers come standard) for a five-hour women's leadership conference in New York in October 2007. With air fare, the cost to Alaska was well over $3,000.

This is frankly pathetic. Palin says she didn't "often" stay at high-end hotels, and the AP counters by saying she did, once. Yes, that's why she said "not often" rather than "never." What is indisputable is that Palin sold the Governor's private jet and flew commercial, thereby saving the taxpayers a large amount of money and qualifying her as a frugal traveler.