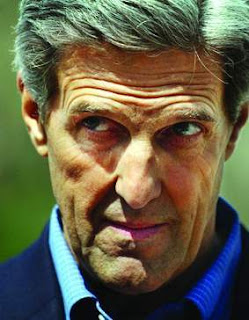 John Kerry thinks the economy, Wall Street and the nation are undergoing "an amazing resurgence.” The Dow closed below 10,000 today. Most of this years gains have been erased. 6.7 million Americans have been unemployed over 27 weeks. 4.3 million homeowners are at risk of losing their homes. Is Senator John Kerry a complete hypocrite or is he clueless?

“We’ve come back,” he says of the nation, Wall Street, and the economy. “This is an amazing resurgence.”...

But he said that the D.C.-directed attacks are hypocritical, since many of those attacking Washington spending presumably want to keep their Social Security and Medicare and want Washington to play a big role in the Gulf Oil cleanup. “There’s a huge contradiction on a daily basis,” he said.

So I stand by my original take, the guy is a loser of the highest order.