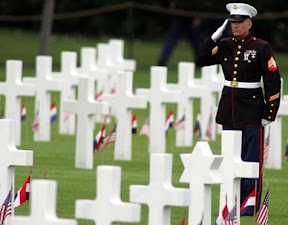 The sacrifice made by those who serve or have served in the Military isn't lost on most American. 50% say Memorial Day is the nation’s most important holiday and 74% have a favorable opinion of the U.S. military.

Fifty percent (50%) of Americans view Memorial Day, officially celebrated tomorrow, as one of the nation’s most important holidays, according to a new Rasmussen Reports national telephone survey...