Voters Give SCOTUS Nominee Elena Kagan a Thumbs Down 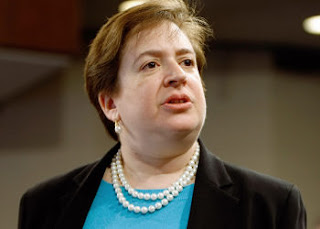 After President Obama nominated Elena Kagan for the Supreme Court, only 39% of voters had an unfavorable opinion. Now, that percentage is up to 47%. Kagan has a logn way to go to become as unpopular as President Obama. 56% of voters disapprove of him.

Voters have an increasingly unfavorable opinion of Supreme Court nominee Elena Kagan but are more convinced than ever that she will be confirmed by the U.S. Senate...

Kagan is a far leftie.