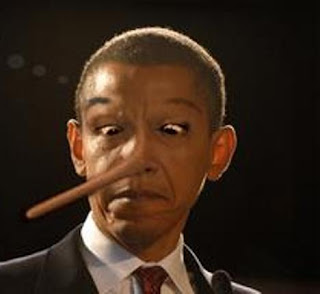 It is incredulous for the White House to suggest they tried to lure Rep. Joe Sestak into dropping what turned out to be a successful Senate primary bid by offering him an uncompensated position on some board most Americans never heard about. Now, we have learned he wasn't eligible for the alleged appointment anyway. Bring on the Special Prosecutor. Americans smell a cover-up.

In a little-noticed passage Friday, the New York Times reported that Rep. Joe Sestak was not eligible for a place on the President’s Intelligence Advisory Board, the job he was reportedly offered by former President Bill Clinton. And indeed a look at the Board’s website reveals this restriction:

The Board consists of not more than 16 members appointed by the President from among individuals who are not employed by the Federal Government. Members are distinguished citizens selected from the national security, political, academic, and private sectors.

As a sitting member of Congress, Sestak was not eligible for the job. And since the White House intended for Sestak to remain in his House seat, he would not have been eligible for the board after this November’s elections, provided he was re-elected to the House.

The arrogance of this Administration has no borders.

When "someone" (and I'm thinking that if the Republicans take back control of the House, it will be shortly after that)gets to the bottom of this, Rahm will probably fall on the sword for Obama.

Obama knew about these offers (and I write OFFERS, because I believe that this "appointment" wasn't the ONLY offer Sestak received (it's the only one they are admitting too).

Where is the investigative reporter with the balls to go after this MEGA story?