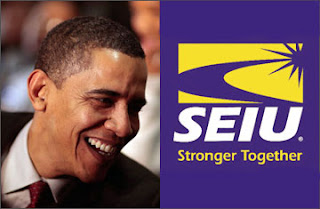 In an attempt to payback their union supporters, Democrats are trying to put taxpayers on the hook for at least $165 Billion by putting the Pension Benefit Guarantee Corporation behind struggling union pensions.The final amount would be nearly unlimited depending on how long the recipients lived. Unions plan to spend well over $100 million on the 2010 midterm election.

A Democratic senator is introducing legislation for a bailout of troubled union pension funds. If passed, the bill could put another $165 billion in liabilities on the shoulders of American taxpayers.

The bill, which would put the Pension Benefit Guarantee Corporation behind struggling pensions for union workers, is being introduced by Senator Bob Casey, (D-Pa.), who says it will save jobs and help people.

As FOX Business Network’s Gerri Willis reported Monday, these pensions are in bad shape; as of 2006, well before the market dropped and recession began, only 6% of these funds were doing well.

Although right now taxpayers could possibly be on the hook for $165 billion, the liability could essentially be unlimited because these pensions have to be paid out until the workers die.

I have many friends that are members of unions and are conservative, but if they're union bosses can't manage they're pensions then too bad. Just as joining a union is a choice, so should my right to keep my and my children's money for ourselves. People don't take responsibility for their actions these days, so they get what they deserve. How about passing a bill that says any unions not funding their pension funds correctly are unable to spend any money on political contributions until the pensions are in order?

For sanity, just understand that the essence of freedom is property rights. It may not seem sexy, but if you vigorously defend your inalienable rights to property (and faithfully respect the property rights of others), you will have solved the bulk of today's political and social issues. There is no ethical basis for this union pension fund bailout--it is wrong just as collecting (by IRS force)the taxes to pay for it is anti-property rights.

Where do you think the bosses got the money to help Obama get elected? From the money that should have gone to the pensions! Didn't come from the money tree, that's for sure.

Thank God for men like Gleen Beck & Mike Savage they are todays watchmen on the wall.I'm a Vietnam vet a JFK Dem. who became a Regan Rep. and I now fear for our country.I believe we are about to lose many of our rights and freedoms unless we stop the Obama madness.I'm ready to help at the grassroot level if you need me.Thank you & God Bless.jcburnum

If my taxes go to the unions, then I want a pension too.

@Matt O'Neal - "How about passing a bill that says any unions not funding their pension funds correctly are unable to spend any money on political contributions until the pensions are in order?" Let's make it LAW.

So as they are getting ready to bail out the union pensions they are getting ready to take the general populations retirement. gobankingrates dot com Quote "So this is the deal: somewhere out there is a major deficit that is struggling to lower despite the government's efforts. However, there are tons of 401(k) and IRA accounts floating around with tons of money (well, at least what's left after the financial crisis).
So now, according to BusinessWeek, the Treasury and Labor departments are asking for public comment on "the conversion of 401(k) savings and Individuals Retirement Accounts into annuities or other steady payment streams."