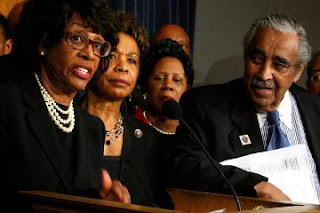 It appears Democrats are in no hurry to conduct ethics trials of Maxine Waters or Charles Rangel before the November election. They appear to be saving this for a lame duck session. I wonder why?

The ethics committee, according to its rules, must turn over all evidence it plans to present in a trial to the member charged at least 15 days before the beginning of the trial. Even if the panel handed over their evidence to Rangel and Waters when they return this week, the trial could not begin until the beginning of October, one month before the general election and when members plan to be home to campaign.