Scientists in Canada Muzzled on Global Warming and Other "Sensitive" Topics 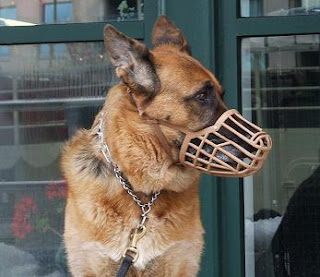 When they are talking about global warming, glaciers melting and other "sensitive" subjects, the muzzle has been applied to Canadian scientists.

“We have new media interview procedures that require pre-approval of certain types of interview requests by the minister’s office,” wrote Judy Samoil, NRCan’s western regional communications manager, in a March 24 email to colleagues.

The policy applies to “high-profile” issues such as “climate change, oilsands” and when “the reporter is with an international or national media organization (such as the CBC or the Canwest paper chain),” she wrote...

Environment Canada and Health Canada now tightly control media access to researchers and orchestrate interviews that are approved. Environment Canada has even produced “media lines” for federal scientists to stick to when discussing climate studies they have co-authored with Weaver and are based on research paid for through his university grants.