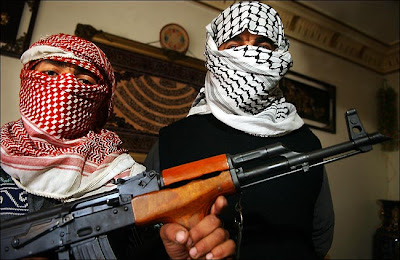 
BAGHDAD (AP) — The U.S. pulled its troops out of Iraq because its economy is collapsing and it needed to save money, an al-Qaida front group said in a message posted on its website Wednesday, its first online comment since the U.S. completed its pullout last month after nine years of war.

Al-Qaida was one of the main U.S. enemies in Iraq. It was behind some of the deadliest attacks on U.S. soldiers, Iraqi security forces and American-backed government institutions. Since the U.S. pullout, al-Qaida and other Sunni militants have stepped up attacks on Shiites, killing more than 170 people since the beginning of the year and raising concern that the surge in violence and an escalating political crisis might deteriorate into a civil war.

In an audio message, a spokesman for al-Qaida’s Islamic State of Iraq who identified himself as Abu Mohammed al-Adnani said “America has been defeated in Iraq.” Keep on reading…

What kind of social retard would believe it’s simply coincidence that all these “jews” just happened to be perfectly in place on 9/11? Patriots, why are these TRAITORS and ENEMY COMBATANTS still walking around free? http://tinyurl.com/JewsAmericasWorstEnemies