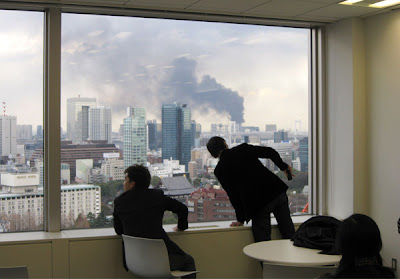 The University of Tokyo's Earthquake Research Institute predicts Tokyo faces 70% probability of a massive earthquake(7.0) in next four years


(CNN) -- Tokyo faces the possibility of being hit by a massive earthquake within the next four years, according to Japanese researchers.

The University of Tokyo's Earthquake Research Institute predicts there is a 70% probability that the capital's metropolitan area will experience a magnitude-7 quake within four years and a 98% probability within the next 30 years.

Nearly one year ago, a magnitude 9.0 quake struck off Japan's central Pacific coast, triggering a devastating tsunami and aftershocks that left more than 15,700 dead, according to a government report in December on Japan's recovery from the catastrophe. About 4,500 were listed as missing.