Strange: Obama skips 18 of top 20 questions on drug war, but answers questions about late-night snacks, dancing and his tennis skills 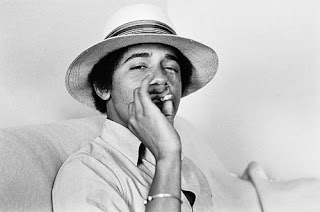 President Obama participated in an online "conversation" Monday. 18 of the top 20 rated questions related to marijuana legalization or the drug war. Obama skipped them and talked about what he likes when he has the munchies.


WASHINGTON, DC -- President Barack Obama in an online "conversation" with American voters on Monday, failed to answer a barrage of questions about marijuana legalization or the drug war.

Although 18 out of 20 of the most popular questions submitted by voters via YouTube were about the drug war or pot, the president in his 45-minute post-State of the Union chat didn't address a single one...

While the president did find time to talk about a whole host of less weighty questions, including ones about late-night snacks, dancing and his tennis skills, a response to a top-rated question submitted by Stephen Downing, the retired deputy chief of police in Los Angeles, was conspicuously absent.