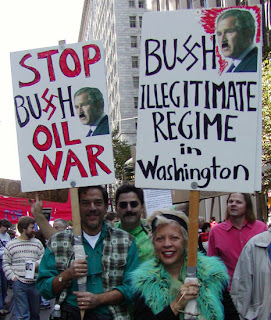 Woodhouse says he never remembers anyone going after Bush during his presidency the way Republicans are attacking Obama. Woodhouse said Democrats never equated Bush to a terrorist or as someone who had committed manslaughter.

“Many Republicans will say didn’t democrats attack George Bush in exactly the same way. what’s your response to that?,” Bashir asked Woodhouse.