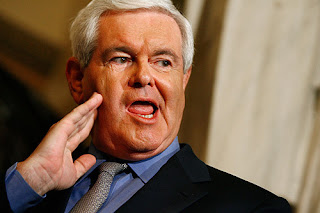 All the major news sources are calling South Carolina for Newt Gingrich. Romney is projected to beat out Santorum for second place.


Newt Gingrich has won the South Carolina Republican primary, Fox News projects, further scrambling an already volatile presidential race which has produced three different winners in three states as the candidates head next to Florida.
Fox News projects that Mitt Romney will place second in the Palmetto State, where he was leading in the polls just one week ago. With 5 percent of precincts reporting, Gingrich has 38 percent and Romney has 32 percent.
Rick Santorum will finish in third place, Fox News projects, while Ron Paul will finish last.