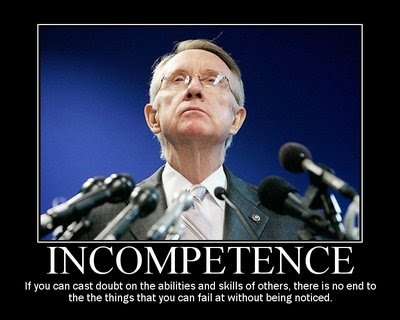 PIPA is the Senate version of SOPA. It looks like Dingy Harry has woke up and smelled the political coffee.


WASHINGTON (AP) — Yielding to strong opposition from the high tech community, Senate and House leaders said Friday they will put off further action on legislation to combat online piracy.

Senate Majority Leader Harry Reid, D-Nev., said he was postponing a test vote set for Tuesday "in light of recent events." Those events included a petition drive by Google that attracted more than 7 million participants and a one-day blackout by the online encyclopedia Wikipedia.

House Judiciary Committee chairman Lamar Smith, R-Texas, quickly followed suit, saying consideration of a similar House bill would be postponed "until there is wider agreement on a solution."

The Senate's Protect Intellectual Property Act and the House's Stop Online Piracy Act have strong support from the entertainment industry and other businesses that lose billions of dollars annually to intellectual property theft and online sales of counterfeit products. But they also have strong opposition from Internet-related companies that argue the bill would lead to over-regulation and censorship of the Internet. Keep on reading...