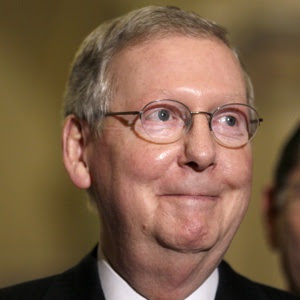 
Congress isn’t quite rolling out the welcome mat for President Obama tonight.

In an election year leaving little room for pleasantries, Senate Republicans offered a harsh assessment of what they interpret President Obama’s State of the Union address will represent tonight: a campaign speech.

“It’s hard not to feel a sense of disappointment even before tonight’s speech is delivered because while we don’t yet know all the specifics, we do know the goal,” Senate Minority Leader Mitch McConnell, R-Ky., said on the Senate floor today, “the goal isn’t to conquer the nation’s problems. It’s to conquer Republicans. The goal isn’t to prevent gridlock, but to guarantee it.”

Stemming from President Obama’s “We Can’t Wait” campaign, McConnell said the message coming from the White House is that the president has “given up” on Congress and has decided to try now to “convince” Americans that the unstable economy is Congress’ fault and not his administration

Americans don't need convincing the economy is unstable- they need Congress to defend free market enterprise. The
President's SOTU speech brought high-speed broadband to the fore for the second time in two years. There are a number of private-sector solutions to our nation’s spectrum crisis that will create jobs, boost innovation, and make us globally competitive. But government continues to get in its own way. Grover Norquist’s column in The Hill spells out this obstructionist farce:
http://thehill.com/blogs/congress-blog/technology/205807-fcc-can-prevent-crisis-by-moving-on-spectrum-now